Queen of All Saints School was the first Catholic School in Contra Costa County. Father Laurence Hennessy (later Monsignor Hennessy), was the pastor who undertook the project. He believed that, "Our children are entitled not only to the right to bodily and mental development, but also to religious." The doors of Queen of All Saints School opened for the first time on September 13, 1948 for 250 children from Kindergarten through the sixth grade. Four Sisters of St. Joseph of 9 Carondelet comprised the teaching staff - Mother Therese Cecile Pratt (Superior and Principal), Sister Naomi Masten, Sister Bernadine Marie Newman, and Sister Elizabeth Ann Martin. The official dedication of the school was performed by Archbishop John J. Mitty on Sunday, October 31, 1948. In 1950 the second wing was added to the school and the school playground was paved. The IDES Hall (the current Parish Hall) was moved to the school grounds and converted into a lunchroom and auditorium. The completed school opened for the 1950-51 term with an enrollment of 300 students and six Sisters. At the completion of this school term, the first eighth grade graduation exercises were celebrated. 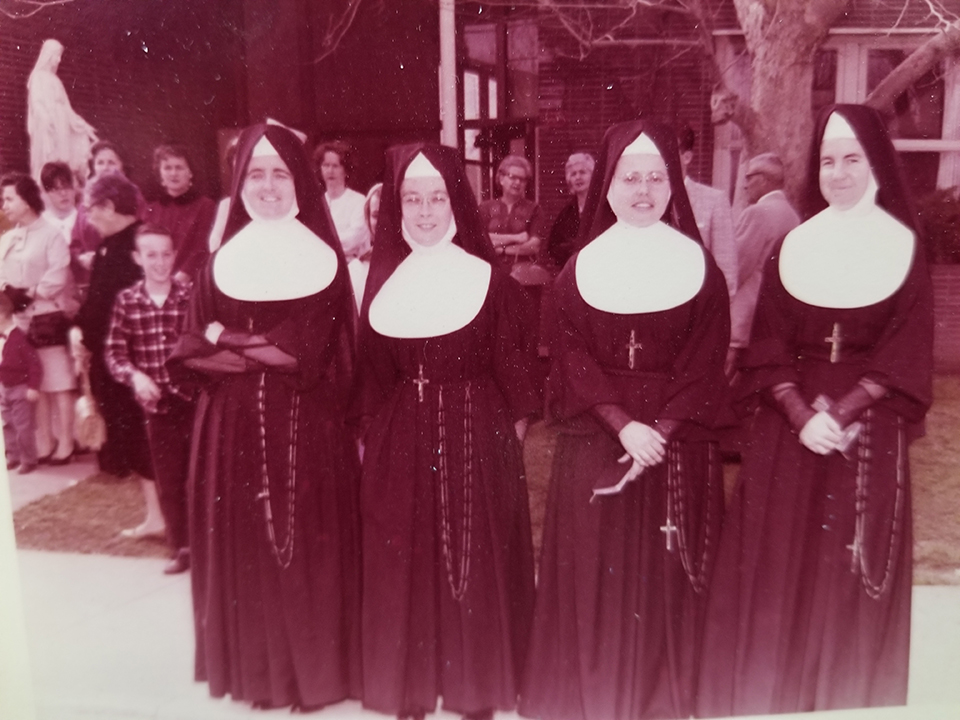 Sisters of St. Joseph of Carondelet, the teaching staff of Queen of All Saints 1948 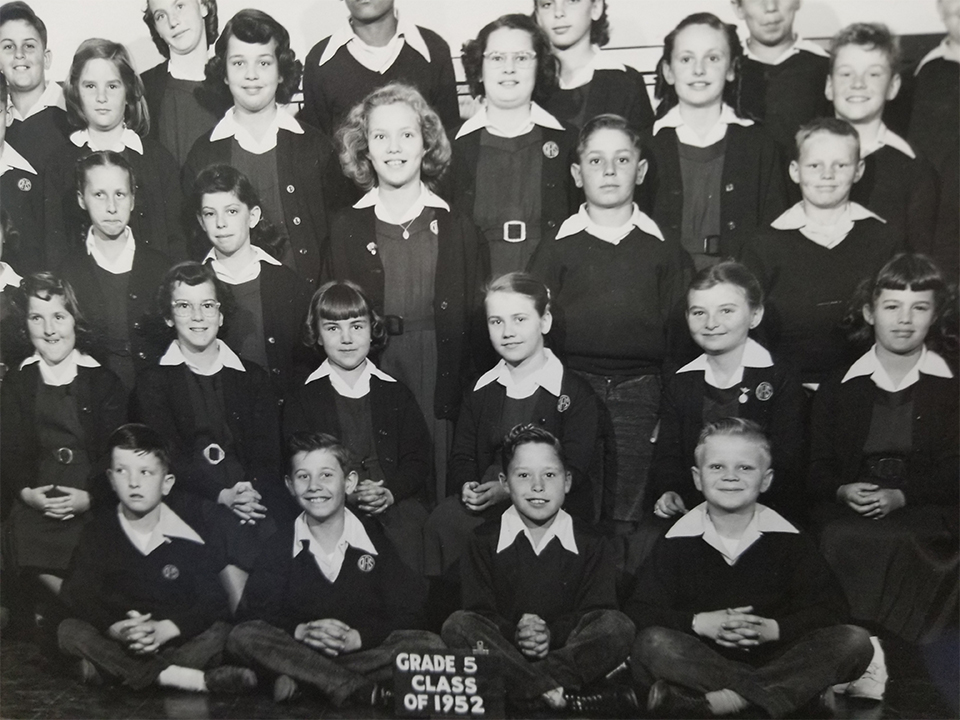 Queen of All Saints' Graduating Class of 1952 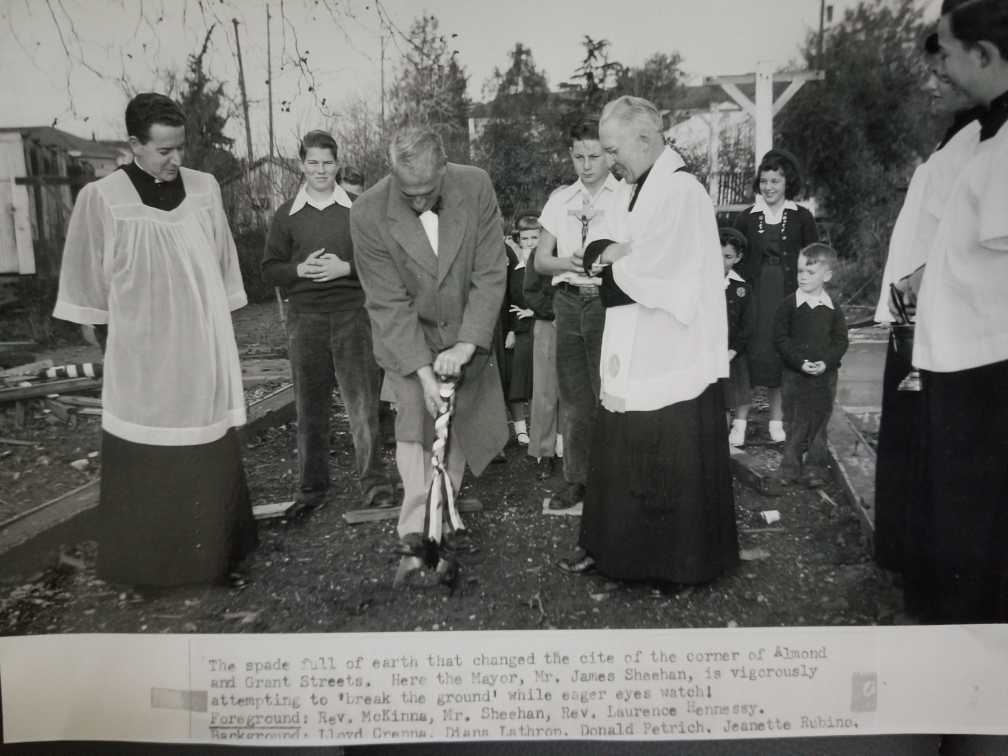 Breaking of the ground for Queen of All Saints Catholic Church 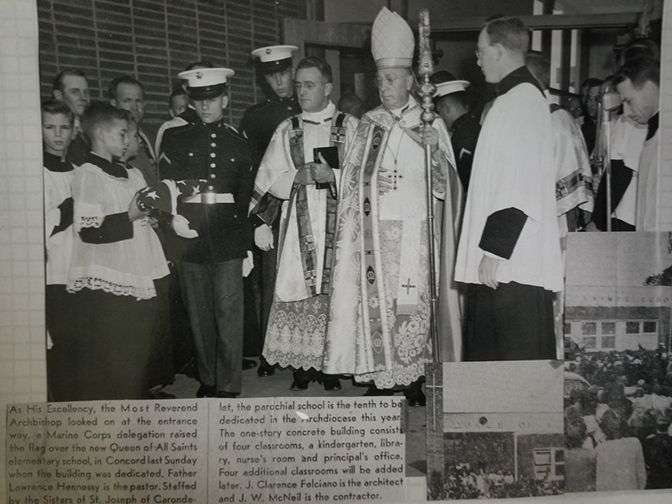 The Marine Corps delegation raises the flag over Queen of All Saints Catholic School for the first time. Year 1950

Here's the caption from the photo (news outlet unknown): “As His Excellency, the Most Reverend Archbishop looked on at the entrance way, a Marine Corps delegation raised the flag over the new Queen of All Saints elementary school, in Concord last Sunday when the building was dedicated. Father Lawrence Hennessy is the pastor. Staffed by the Sisters of St. Joseph of Carondelet, the parochial school is the tenth to be dedicated in the Archdiocese this year. The one-story concrete building consists of four classrooms, a kindergarten, library, nurse’s room and principal’s office. Four additional classrooms will be added later. J. Clarence Feliciano is the architect and J.W. McNeil is the contractor.”